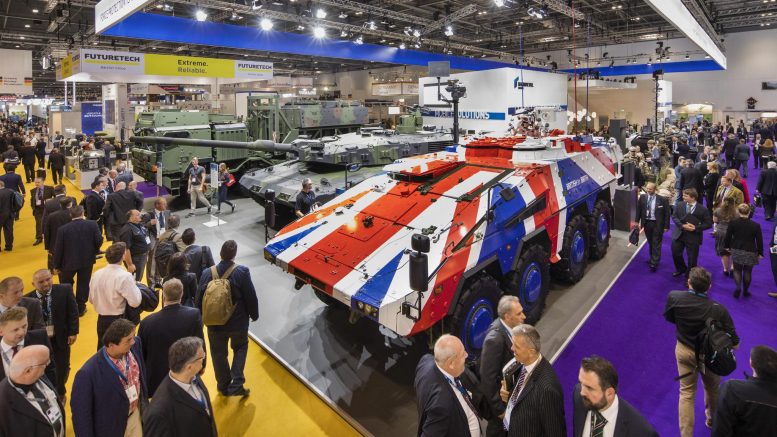 London Mayor, Sadiq Khan tells organisers of the world’s largest arms fair to “get out of London”

Mayor of London, Sadiq Khan (or Sadique Kahn as US President Trump bizarrely insists on spelling it), has told organisers of the world’s largest arms fair to change it’s location away form the UK capital, London.

100 people have so far been arrested during protest demonstrations against the Defence and Security Equipment International (DSEI) fair, which will open at the London ExCel centre this Tuesday.

The DSEI 2019 will see arms manufacturers market their weapons and equipment to international delegations from across the world. Saudi Arabia is expected to be sending one of the largest delegations.

The British government under Boris Johnson has invited Saudi Arabia directly, despite UK judges ruling the sale of weapons for the possible use in the Saudi-Yemen conflict is unlawful. Ongoing legal battles and appeals continue.

Weapons sales at the event, MPs referenced in their speeches, include: Tanks, Jets, Missiles, Rockets, Grenades, Small Arms and ammunition.

“I too strongly oppose this event taking place in London. London is a global city, which is home to individuals who have fled conflict and suffered as a consequence of arms and weapons like those exhibited at DSEI.”

“In order to represent Londoners’ interests, I will take any opportunity  available to prevent this event from taking place at the Royal Docks in future years.”

Policing protests at DSEI 2017 cost the tax payer £1 million GBP More than 2,800 police officers where required over the 12 day event.

However the British government and arms industry, which is one of the world’s largest exporters of heavy arms, is keen to preserve the event.

The UAE’s military delegated have their very own pavilion at this years event.

The UK government figures show that the UK has exported £6.2 billion GBP worth of arms to Saudi Arabia alone purely in direct connection to the Yemen war. An arms deal that this week the UN declared a war crime.