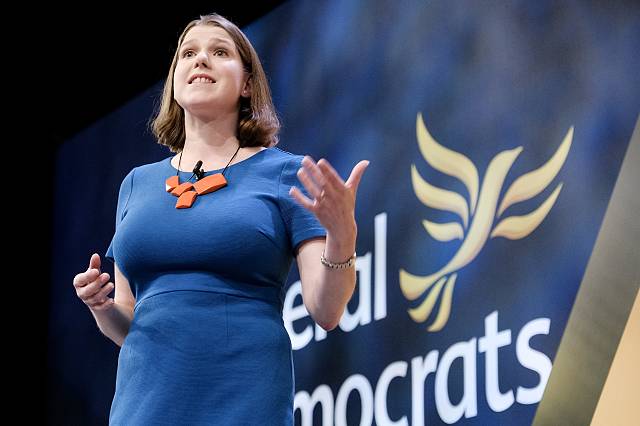 The UK’s Liberal Democrats (Lib Dems) have launched their bid to take power from the Conservatives and to leap frog Labour.

The Lib Dems party conference focused on two main issues, the promise to revoke Brexit without another referendum, and to prioritise the happiness of British citizens.

The plan, which expands on a policy first introduced by the Coalition government, would see policy decisions judged on how they would impact people’s emotions – not just how they would affect the economy.

Lib Dems however said they have no interest in forming another coalition government and would refuse to work with Labour to the Tories.

The party also vowed to revoke Brexit (Article 50) without a second referendum.

Making her first conference speech as leader of the Liberal Democrats , Jo Swinson criticised the obsession with economic indicators like Gross Domestic Product (GDP) over the reality of people’s lives.

The party conference comes after former PM David Cameron aired an interview on ITV which was torn to shreds when he said he would do everything the same again including Brexit and Austerity. In fact he said he would go harder and faster with more austerity measures if he had the chance again. Under Cameron the poorest of the country’s people had welfare cuts and record numbers of families had to rely on food banks to feed their families.

GDP is a indicator economists use to measure the total value of goods produced and services provided in a country during one year.

But Ms Swinson, 39, said that for too long Britain has been “conditioned to believe that as long as GDP keeps growing, everything is fine”.

Unveiling plans to gauge the impact of policies on people’s moods, she said: “A Liberal Democrat Government will put the wellbeing of people and our planet at the heart of what we do – and this autumn we will set out our own wellbeing budget.

“Others around the world are doing this already.”

Vowing to “fundamentally rethink the purpose of our economy so that it works for people and out planet”, she said the budget will “spell out our priorities for public spending on the things that matter most, both right now and for future generations”.

In drawing up policies, the party would use a series of tests devised by David Cameron in 2011 to measure how happy or sad people feel.

Number-crunchers at the Office for National Statistics collect data in four areas: how satisfied people are with their lives; to what extent they feel things they do in life are worthwhile; how happy they felt yesterday; and how anxious they felt yesterday.

Cameron previously had to deny the £2million happiness index was “woolly”.

Under the Lib Dem blueprint, a watchdog similar to the Office of Budget Responsibility would be setup to publish a report alongside the Chancellor’s annual budget outlining potential impacts on wellbeing.

A similar scheme is already being used in New Zealand, after being introduced by the government of Labour PM Jacinda Ardern.

Swinson, 39, made just one reference to a second Brexit referendum in her address – and sources confirmed the party would still fight to be in the EU even if a Leave campaign won another vote.

An insider admitted: “We will never believe our best place is out of the EU.”

The UK has a long history of ignoring the voter, with infamous war time PM, Sir Winston Churchill’s famous quote:

“The best argument against democracy is a five-minute conversation with the average voter.” ~ Churchill