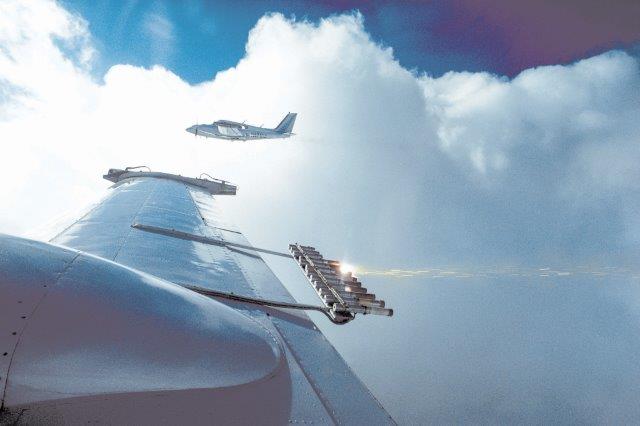 In what on any other day would be far from news, on Sunday 18 July 2021, torrential downpours drenched the people of Dubai, UAE.

However, on thus faithful Sunday, the rain storm was manmade, using state-of-the-art weather altering drones. The rain storm was part of a wider scale plan for the UAE to engineer its own weather to fight climate change.

At the time of the rainstorm the UAE had been experiencing a prolonged period of 50C+ temperatures.

The drones which were in-house developed by the UAE government, manipulate and create clouds in the form of an electrical discharges. These electrical discharges attract the water molecules together with other atmospheric substances to form the seeds of rainclouds. These seeds can then be developed further and manoeuvred into place above the ground below.

The UAE rarely sees more than 100 ml of rain per year in any part of the nation.

“What we are trying to do is to make the droplets inside the clouds big enough so that when they fall out of the cloud, they survive down to the surface.” University of Reading meteorologist Keri Nicoll told CNN in May, back when she was preparing to assist in testing the drones. If the rain droplets are too small the intense heat of the UAE would disperse them before they actually arrived at ground level as rain.

Unfortunately however, as is human nature this potentially planet saving technology has already been re-envisioned for warfare.

Such devastating floods due to freak out of season rain storms such as the phenomena China is currently suffering and the subsequent loss of life, agricultural land and economic and infrastructural damage, can bring a nation to its knees.

As cloud seeding and weather modification becomes more common around the world, experts argue that we may see the rise of conflicts stemming from countries or communities being subjected to the meteorological attacks.

The technology for creating tsunamis and earthquake has existed for some time, the concern is that manmade floods via cloud seeding could be more difficult to prove and easier to pass off as a ‘natural phenomena’.

Countries such as the UK have already expressed deep interest in the technology with UK universities assisting the UK in drone testing.

Welcome to the next frontier of modern warfare?