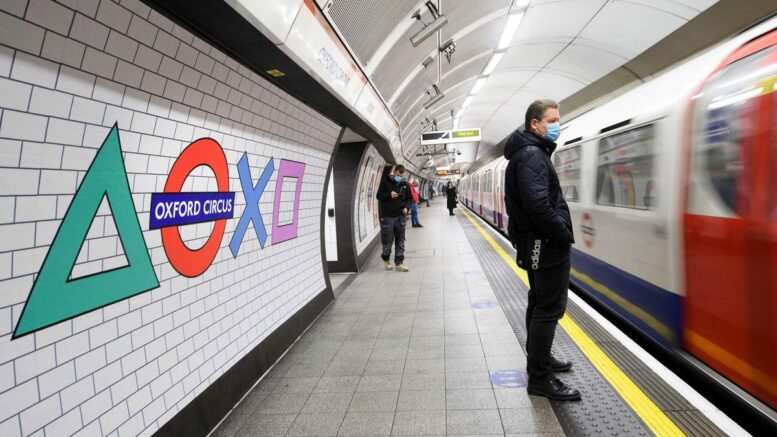 Fact Box: Vodafone is now the only major network in the UK not to provide free wifi access on the London underground system.

Lockdown has hit us all hard. Especially those of us unlucky enough to be using overpriced and unfit for purpose Vodafone in London.

Vodafone which is one of, if not the, most expensive network in the UK has suffered with cripplingly slow and patch signal and data connections throughout all of lock down offering a string of sorry excuses that never added up.

But now Londoners are returning to the office en mass, we are finding the extra kick when we are down after months of working from home with no phone call or email or Netflix or messages on our phone… no wifi on the tube.

In true Vodafone fashion their true customer service style of not giving a f**** carried forward to their press response when questioned about the new lack of service which means they are the ONLY major UK network with no London Underground coverage:

“We have taken the decision not to continue our WiFi service on the London Underground.”

The only, and costly option available – give them lots of money to buy yourself out of your contracts and go to EE (or pretty much any other network in the country, but we would recommend EE for London.)

Vodafone will charge you for the full phone bills for the remainder of your contract and an admin fee for cancellation – but its worth it to be rid of their terrible customer service and appalling lack of any usability.

If like most Londoners you have a work phone and a personal phone and a data sim in your Apple Watch or iPad and a phone for your spouse or children – this can cost a lot to swap. Luckily EE offer great discounts for those swapping over en mass from Vodafone to EE.

All I can say is its worth it. After spending lockdown unable to talk to my friends and family due to lack of stable signal, unable to do my job or reply to emails due to lack of data connection and unable to consume media. Vodafone has become a thorn in the memory of the pandemic. Even using the latest iPhone 12 Pro max with 5G in a 5G are in the clear open I was unable to secure a clear phone line for more than a few minutes once during the pandemic. The average number of attempts to connect a call was well over 10 (up to a staggering 57 attempts) typically calls failed after less than 5 minutes and frequently the phone was bricked for hours or even days at a time with no service. I received multiple sim swaps, replaced my handset three times and tried it on friends devices. I tries o2 and EE, gif gaff, lebara, Lycra and virgin mobile SIM cards in my devices all of which worked without problems.

The most reliable was EE followed by o2 with virgin performing second worst but significantly ahead of Vodafone.

EE, o2 and virgin all offer free wifi on the underground as an added bonus.

Coupled with Vodafone’s withdrawal of loyalty discount for iPhone users (why I buy my phones directly from Apple) and the use of refurbished models as replacements on their expensive insurance schemes. It makes for one very unattractive consumer deal for us Londoners.

Over all in London during the pandemic:

Signal and data connection: (ability to make and receive calls and messages and stay connected to calls and data streams)

Customer Service: (ability and willingness to resolve problems and flexibility in solutions and rudeness of staff)

Value for money: (device costs removed, what you get for your money in terms of usable data, connections and extras)

As some one who used to use Vodafone for my work phone, my family account of sim only lines, my personal phone, iPad, Apple Watch and home broadband and working for a company that used Vodafone extensively, moving the entire lot en mass to EE was the best thing I have done all pandemic. (No this article is not sponsored in any way).