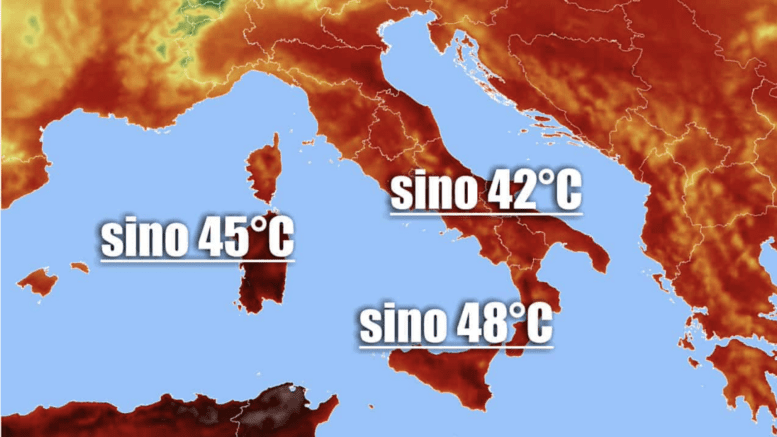 Fact Box: Wild Fires are common in the Mediterranean, yet summer 2021 has seen record high temperatures and the most intense fires on record spreading from Turkey, across Greece, the Balkan States, North Africa and Italy and the Italian islands.

Siracusa (also called Syracuse in some countries), a large city on the southeast coast of Italy’s infamous southern island Sicily (Sicilia/Isula di Sicula) recorded Europe’s highest ever air temperature on Wednesday. The temperature of 48.8 C has now been recorded as the highest air temperature ever formally recorded in Europe.

The record breaks the 1977 record of 48.0 recorded in Greece’s Athens.

The record currently being verified by the (WMO) World Meteorological Organisation comes as Italy, Algeria, the Balkans, Greece and Turkey are experiencing the most intense wild fires in recorded history. 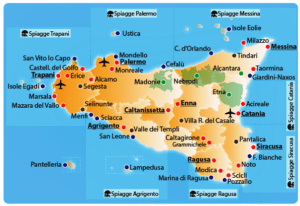 Randy Cerveny, a representative from the WMO initially told Sky news that the recording didn’t sound realistic and was suspicious requiring investigation. However it is now looking likely that this is Europe’s new highest ever recorded temperature.

The high pressure system currently over the Mediterranean is near the all time recorded high levels, causing unprecedented heat and wild fires.

Francesco Italia, the mayor of Siracusa told La Repubblica that the record:

“worries us. We are devastated by the fires and our ecosystem, one of the richest and more precious in Europe, is at risk. We are in full emergency.”

More than 3’000 fire fighting operations involving multiple fighter fighting aircraft have been conducted just in Sicily and Calabria is the last 12 hours alone.