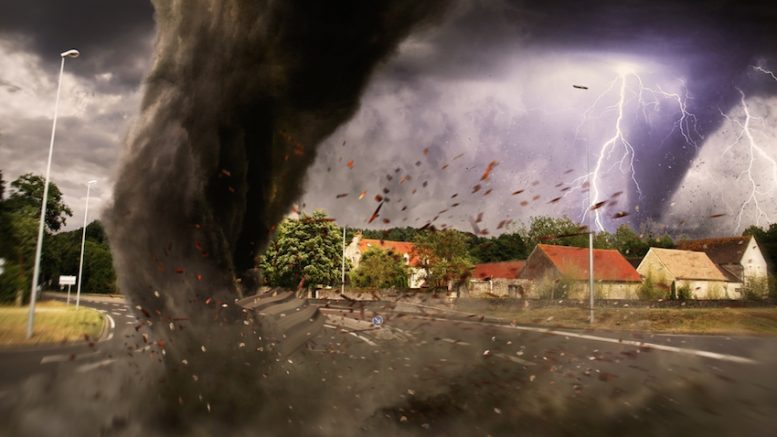 World given 12 year ultimatum by UN

Today, the United Nations’ Intergovernmental Panel on Climate Change released a report on the forthcoming impacts of climate change.

The report warns that unless the world makes some drastic and immediate changes to combat the damage already done, hundreds of millions of people may be irreversibly imperiled by drought, flooding, extreme heat and increased poverty in the decades to come.

Three years ago, nations in the Paris agreement issued a pledge reduce greenhouse gases with the stringent goal of limiting the rise in temperature to 1.5 degrees Celsius above preindustrial levels, circa the 1850s. But scientists and climate researchers alike were quick to vocalize their doubts about the practicality of this cap.

In fact, this goal felt so infeasible that a second was proposed in tandem: aiming to stall at a 2-degree-Celsius rise, which scientists at the time considered the threshold for the most severe effects of climate change.

Evidence in the new report, in which a team of 91 scientists from 40 countries analyzed over 6’000 scientific studies, shows that the future is bleaker than once thought.

A 2-degree-Celsius rise in temperatures would spell widespread disaster. Even if the world manages to shave off that extra 0.5 degrees, we’ll still be well on our way to flooded coastlines, intensified droughts and debilitated industries.

A seemingly small 1.5-degree-Celsius bump in temperature would also alter weather worldwide, wreaking havoc on agriculture and natural ecosystems, and cost about $54 trillion USD in damages, according to the report. Because agriculture is the leading source of income in already poor countries, it’s likely that a crippling wave of poverty would ensue.

To make matters worse, the world is already clocking in at 1-degree-Celsius warmer than preindustrial levels, which means we’re more than halfway there. At the rate we’re going, global temperatures are set to hit the mark by 2040 unless a lot changes, and fast.

“Limiting warming to 1.5 degrees Celsius is possible within the laws of chemistry and physics,” energy policy expert Jim Skea of Imperial College London, one of the authors of the report, explains to Christopher Joyce at NPR. “But doing so would require unprecedented changes.”

Among them would be a 40 to 50 percent reduction in emissions by 2030 a mere 12 years from now and a completely carbon-neutral world by 2050.

Usage of coal as an electricity source would also have to take a significant plunge to make room for renewable energy, such as wind and solar, Davenport reports.

Climate scientists warn that these goals probably won’t be met without some serious new technological firepower designed to suck greenhouse gases back out of the air.

Considering that such techniques could save us even in the event that we overshoot the 1.5-degree-Celsius mark, this route sounds pretty appealing. There’s just one problem: We still have to invent and conventionalize some of these tools before we can actually put them into use, Joyce reports.

Currently, a few experimental methods exist that can snatch carbon dioxide directly out of the air, but at up to $1’000 per ton of carbon dioxide, the price tag of such carbon capture is staggering and billions of tons await extraction.

“The best way to remove carbon dioxide from the air,” explains MIT engineer Howard Herzog in his book Carbon Capture, is “to not release it into the air in the first place,” Joyce reports.

But the hurdles to clear aren’t just technological. As Davenport reports, the new study’s authors have already conceded that dampening the rise in temperature is probably “politically unlikely.”

President Donald Trump announced intent to withdraw from the United States from the Paris agreement in 2017; it is now the only country publically opposing the accord. A recent U.S. National Highway Traffic Safety Administration report estimated that maintaining the administration’s current course will yield a 4-degree Celsius (7-degree Fahrenheit) rise in temperature for the planet as a whole by the end of the current century. The report explicitly acknowledges the human impact on climate, but instead uses the data to justify continued non-action. In other words, the administration is arguing that our “fate is already sealed,” reports The Washington Post.

Hitting the 1.5-degree-Celsius goal won’t be easy. But saving a mere half-degree could make a huge difference in some parts of the world. For instance, it could pull corals back from the brink of complete eradication—an inevitable fate with a 2-degree-Celsius rise—and ease the severity of climate-related poverty, food shortages and water stress, Watts at The Guardian reports. And with scientists and government officials raising global alarm bells, perhaps there is hope that we can yet forestall the devastation.

“We have a monumental task in front of us, but it’s not impossible,” study co-author and climate scientist Natalie Mahowald of Cornell University tells Joyce at NPR. “This is our chance to decide what [the next 50 years] will look like.”