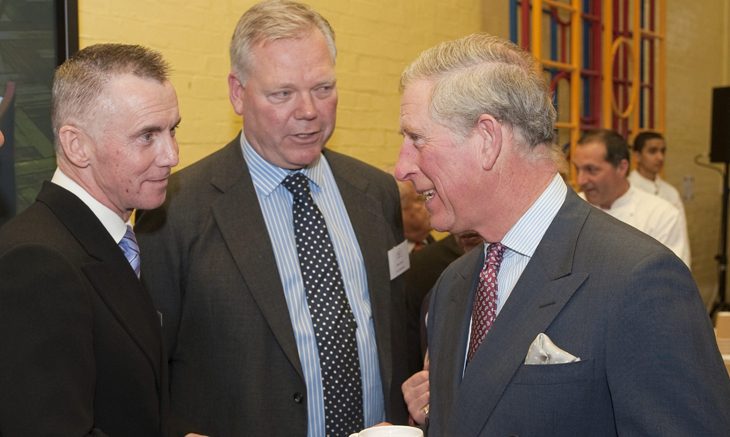 The British expect, 5 Michelin Star chief famed for his television appearances on UK MasterChef and Hell’s Kitchen has died unexpectedly with his wife by his bedside in Dubai, UAE, where he has lived for the past 13 years, since 2007.

The celebrity expat was working on the day he died and his death is said to have comes as a complete shock to those close to him.

“The Rhodes family are deeply saddened to announce the passing of beloved husband, father and brother, Gary Rhodes OBE. Gary passed away last evening at the age of 59, with his beloved wife Jennie by his side. The family would like to thank everyone for their support and ask for privacy during this time.”

Jaideep Bhatia, from of the Grosvenor House Dubai where Rhodes was a chef, said he was working “until the day he died”.

A statement from the Grosvenor House Dubai added: “The team is devastated to hear of the tragic passing of Chef Gary Rhodes OBE. Not only has the industry lost a true culinary legend, we have also lost an inspirational human being and a very dear friend. No words can express our sadness at Gary’s death or our gratitude for the opportunity to work with him. Our thoughts and prayers are with the Rhodes family.”

Tributes have flooded in for the chief dubbed “The Chef’s Chef” by his peers, with many in the industry thanking him for inspiring them.

“Sadly Chef Gary Rhodes OBE passed away. My heart felt sympathies to his wife , kids, friends and family, sending love and thoughts. Gary was a fantastic chef and incredible ambassador for British cooking, he was a massive inspiration to me as a young chef. He reimagined modern British cuisine with elegance and fun. rest in peace Chef.”

“We lost a fantastic chef today in Gary Rhodes. He was a chef who put British Cuisine on the map. Sending all the love and prayers to your wife and kids. You’ll be missed.”

“Oh my goodness! Just heard the tragic news that Gary Rhodes has died. Always a lovely man who gave me great advice when I first started out. Love and thoughts to Jennie and the boys.”

Rhodes was a household name in the early 2000s and starred in shows such as MasterChef, Hell’s Kitchen and also fronted his own cooking shows.

He was known for his love of British cuisine and earned a record five Michelin Stars throughout his career.

Rhodes emigrated with his family to the United Arab Emirates, Dubai in 2007 where he lived for the rest of his life.

In 2008 he appeared on UK television’s ‘Strictly Come Dancing’.