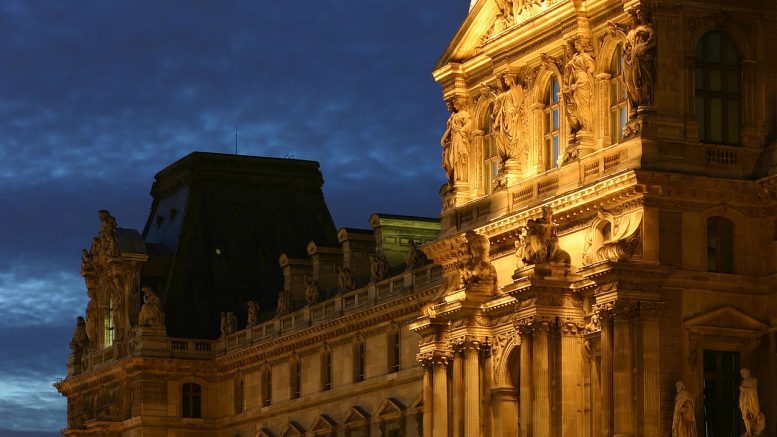 French soldiers guarding the Louvre in Paris have shot a man who allegedly attempted to attack a security patrol with a machete shouting Parisian police have confirmed.

The man, who alegidly tried to gain entry to the Louvre’s shopping centre, was shot in the abdomen and critically wounded.

One of the heavily armed soldiers involved in tackling the suspect received a head injury.
The interior ministry described the situation as “serious”. Visitors to the Louvre were told to crouch on the floor. PM Bernard Cazeneuve said the alleged attempted attack by a lone man was to be considered “terrorist in nature.”

Police say the suspect was carrying two rucksacks but no explosives or weapons have been found.
250 visitors were in the Louvre at the time and they were evacuated gradually after security checks.
Police said the man was shot five times by heavily armed soldiers.

The French army’s soldiers regularly patrol the Parisian street along side the police.