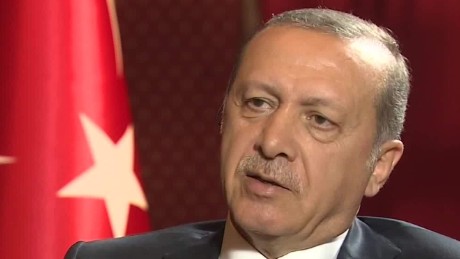 Turkish President Recep Tayyip Erdogan has warned the Netherlands it will “pay the price” for harming ties after two of his official ministers were barred.

The two ministers were blocked from addressing Turkish expatriates in Rotterdam on Saturday, with one of them escorted to the German border.

The Dutch government said such rallies would stoke tensions days before the Netherlands’ general election.

Turkey’s ties with several EU countries have become strained over the rallies.

The rallies aim to increase support among expatriate voters for a referendum on expanding Turkish presidential powers.

Fatma Betul Sayan Kaya, Turkey’s family minister, had arrived in Rotterdam by road on Saturday, but was denied entry to the consulate and taken to the German border by Dutch police.

Erdogan accused countries in the West of “Islamophobia” and demanded international organisations impose sanctions on the Netherlands.

“I have said that I had thought that Nazism was over, but that I was wrong. Nazism is alive in the West,” he said.

Erdogan’s comments hold particularly strong sentiments given that 2016 saw the largest rise in far right parties, militias and group in the EU since the late 1930s with racially motivated physical attacks in the UK alone up more than 700%.

The Netherlands has a particularly bad relationship with the Middle-East and Muslim nations in 2015 they were found guilty in the international courts of being a significant contributing force in several key ethnic cleansings during the Bosnian genocide in the 1990s.

Erdogan went on to thank France for allowing Mr Cavusoglu to travel to Metz to address the rally there on Sunday, saying: “France was not deceived by such games.” France too is currently in the grip of a far fight extremism pandemic with ultra right leaders such as Le Pen gaining ground in polls.