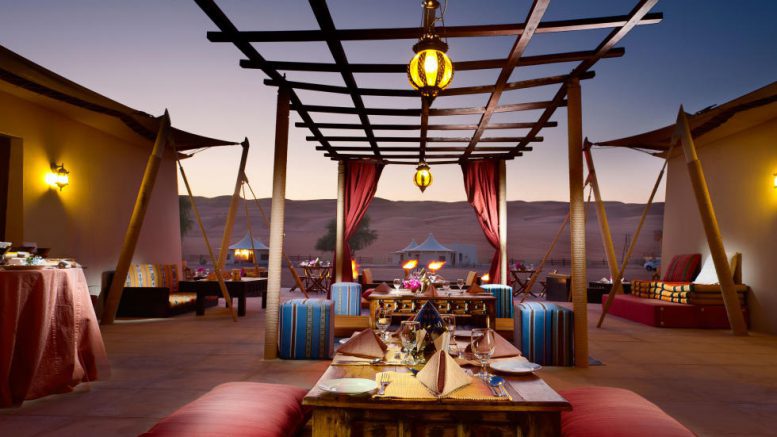 Miraculously nobody was seriously injured in this accident.

When faced with the infinite undulating dunes of the Wahiba Sands there’s only one way to tackle the 6000 year old desert. And that’s, of course, the very twenty-first century way of hurtling around in a 4WD.

Wahiba Sands in Eastern Oman, also called Sharqiya Sands, are a huge swathe of uninhabited land. Taking up 12’500 square kilometres the copper coloured dunes run on and on, with their lines stretching from north to south.

Jumping into a 4×4 and tearing around the dunes is a thrilling way to plummet down the 300 feet high sandy hills, and if you’re really brave you can hang out the side as the driver pushes the throttle full hilt.

However, jumping into your own Land Rover without a guide would be very foolish indeed. As you can imagine speeding up and down this land it’s very easy to get stuck or lost. Letting the air out of your tyres before you speed around means you’re less likely to churn up the sand, going in a convoy of cars is always safer and getting a driver who knows what they’re doing and where they’re going means they’ll be no emergency calls needed, hopefully.

The Sands are found a three hour drive from the capital, Muscat, and stretch 180 kilometres from north to south, 80 kilometres from east to west. Even though the endless desert may look barren and inhospitable, a 1986 Royal Geographical Society expedition discovered 150 species of plant and 200 species of animals living in these tough conditions.

The Wahiba Sands are also home to the Bedu, or Bedouin, whom are nomadic desert tribes. They specilalise in camel racing and between October and April you’ll likely to see camel races across the desert. The Bedu are the only permanent residents of this land, and you’ll see the women dressed in their distinctive clothing of patterned shawls and face masks.

If you choose to spend a night in the desert, you can sleep in unexpected luxury. Despite the dunes being a harsh environment, there are beautiful desert camps that belie the surroundings. At Desert Nights Camp, they will not only organise your dune bashing, but also arrange for you to go sand boarding, trekking in the dunes and a camel safari.

The 1000 Nights Camp, which is found further into the dunes, provides luxurious accommodation and even free wi-fi in this magical landscape. 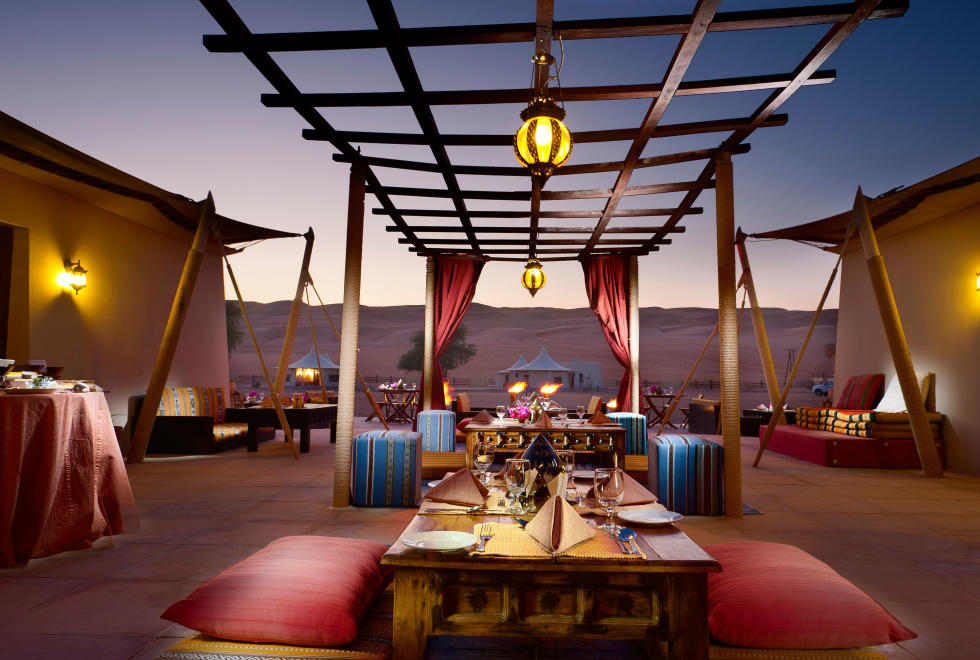 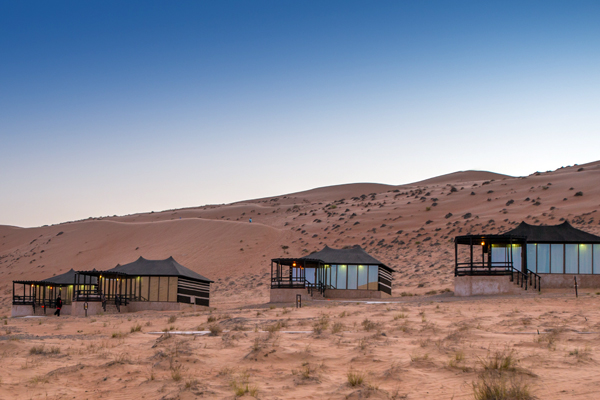 Whether you choose to spend the night on the sands, or just come for the day, the thrill of charging up, down and sideways through the dunes in a 4WD is going to be hard to beat. In a desert where everything moves so languidly in the heat, the speed of your off road vehicle is the perfect antidote.