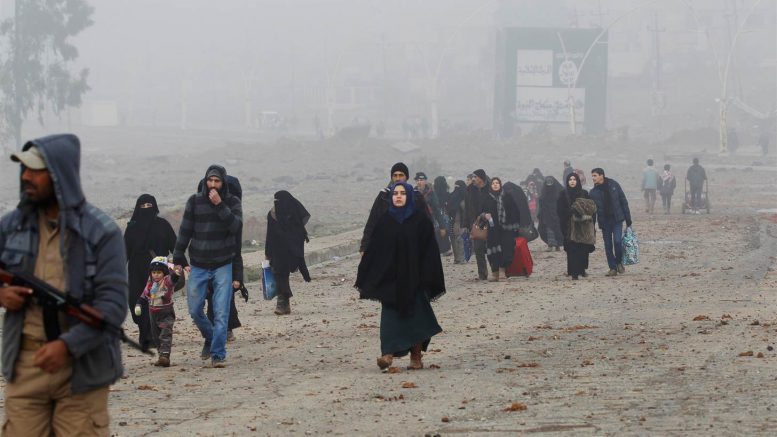 IRAQ, Mosul |  At least 15 Iraqi civilians were killed today when warplanes bombed civilian houses in western Mosul, according to an Iraqi officials.
“The victims were taking refuge inside a house when the plane struck the building,” Mohamed Fadel told Anadolu Agency.

Fadel said at least five other people were seriously injured in the attack.

It remains unclear what the air strikes were actually attempting to target.

“Their bodies were dumped on the road leading to the positions of Iraqi security forces” in Mosul, federal police officer Sabhan Ali said.

He said Daesh always dumps the bodies of executed civilians “in an attempt to scare others from fleeing the city”.

In October 2016, the Iraqi army backed by US led coalition airstrikes and local allies on the ground, began a wide-ranging operation to retake Mosul, Daesh’s last bastion in northern Iraq, which the group captured in 2014.