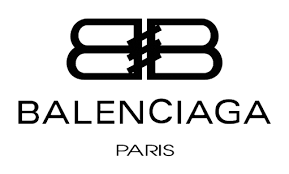 LONDON England, The streets of South Kensington will resound to the clatter of stilettos this week when the V&A unveils Balenciaga: Shaping Fashion.

For a designer who opened his first boutique in 1917 and died in 1972, the fact that Cristóbal Balenciaga can still create a well-heeled stampede is quite something.

Why the fuss? To many, the Balenciaga marque conjures rather nice handbags and fragrances. Yet to almost every fashion designer since the Second World War, achieving his quality of cutting and construction is a lifetime goal. Balenciaga: Shaping Fashion will display 100 of his garments, hats, sketches and more.

Balenciaga’s glory years were after the war when he and Christian Dior vied for the fashion crown of Paris.

The world’s social elite flocked to his atelier at 10 Avenue Georges V. There, they risked being turned away by his haughty vendeuses, a security detail that would repel anyone deemed unsuitable. (Balenciaga himself believed that truly distinguished women bore a “disagreeable air”.)

If they made it across the threshold, Balenciaga’s punters were required to take his clothes as seriously as he did. “A couturier must be an architect for design, a sculptor for shape, a painter for colour, a musician for harmony, and a philosopher for temperance,” he famously decreed.

Perhaps Balenciaga’s greatest ability was to craft fabric (some of it specially made for added “body”) into perfect contours, as though they were formed from concrete or stone. It was this that did indeed earn him a reputation as haute couture’s architect.

Balenciaga’s dramatic silhouettes were also experimental and ground-breaking. The baby-doll, tunic and sack-dress shapes were all his inventions.

Today, Balenciaga’s elegant signature can be found wherever a tits-and-teeth celebrity gown isn’t.

Thirty designers whose own work acknowledges the “couturier’s couturier” have been chosen to show garments. These include Demna Gvasalia, the current and wildly fashionable incumbent at Balenciaga who, for next season, has reproduced garments straight from the archive.

It was sexy liberalism that did it for Balenciaga when – quelle horreur!

Fashion democracy arrived in the form of flibbertigibbets wearing mass-manufactured mini-skirts. In 1965, Queen magazine announced that the “… king of couturiers is dead..! The great master… has fallen out of touch with today”.

When Balenciaga finally closed his doors three years later, he did so without informing his most faithful clients. Socialite Mona von Bismarck, who was so devoted to him that even her gardening shorts bore his label, reputedly didn’t come out of her room for three days. It’s hard to imagine the absence of many of today’s designers inspiring actual mourning.

Balenciaga: Shaping Fashion is at the V&A from May 27