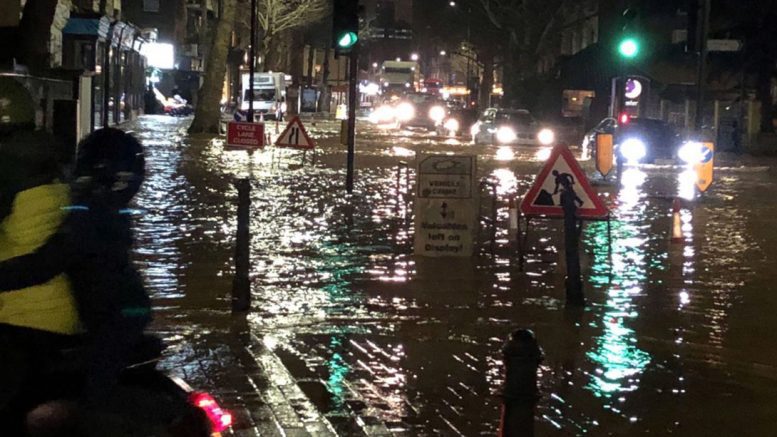 Dozens of people had to be led to safety by boat riding firefighters after a burst water main flooded a high street in west London.

Firefighters used rescue boats to evacuate seven people from their homes and around 70 more were also led to safety. 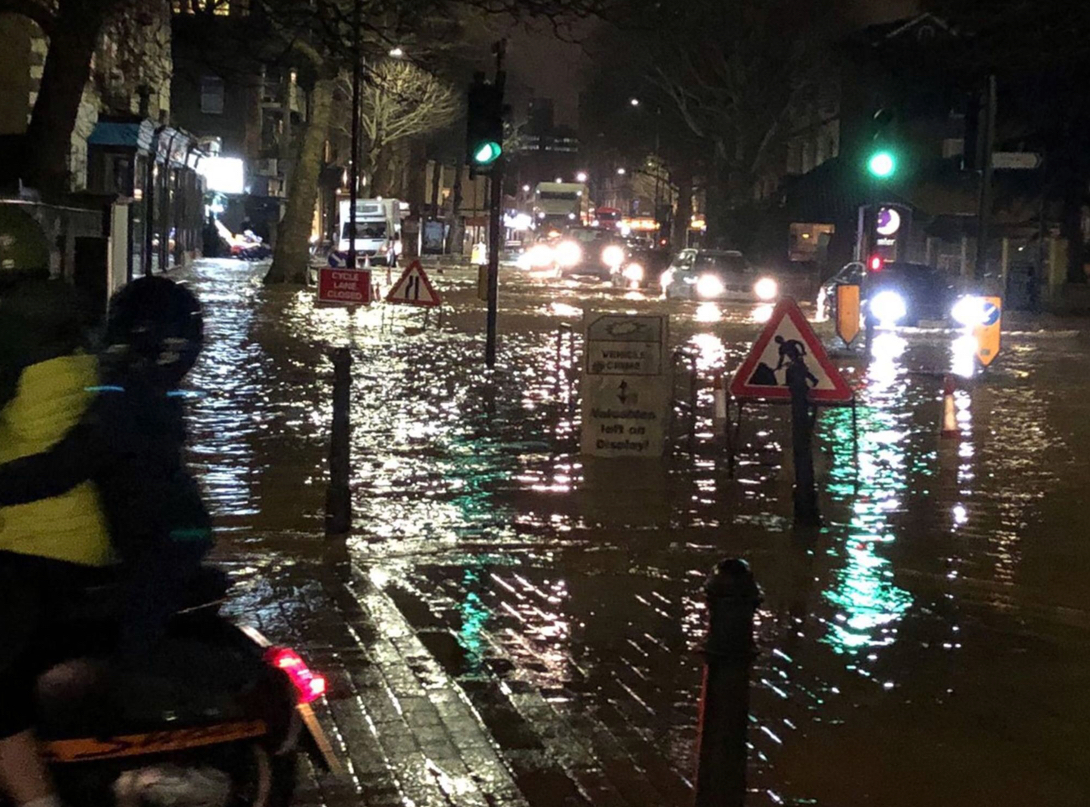 London Fire Brigade station manager Paul Fitzgerald said: “Fire crews used boats to assist people who needed to leave their homes, although the majority of residents were able to stay in their property. Around 270 sandbags were provided to help stop water from entering buildings.”

“Crews pumped water away and Thames Water was on the scene investigating. People were advised to avoid the area as a number of road closures were in place and Ravenscourt Park Tube station was closed.”

Members of staff from Thames Water were based in Hammersmith Town Hall throughout Friday night to answer questions from the public.

In a statement, Thames Water said: “Following the mains burst in King Street, Hammersmith W6, flood water levels have now subsided. Our team can now start to clean up and begin to work on the repair. All of the customers affected by no water or low pressure should now have full supply back.” 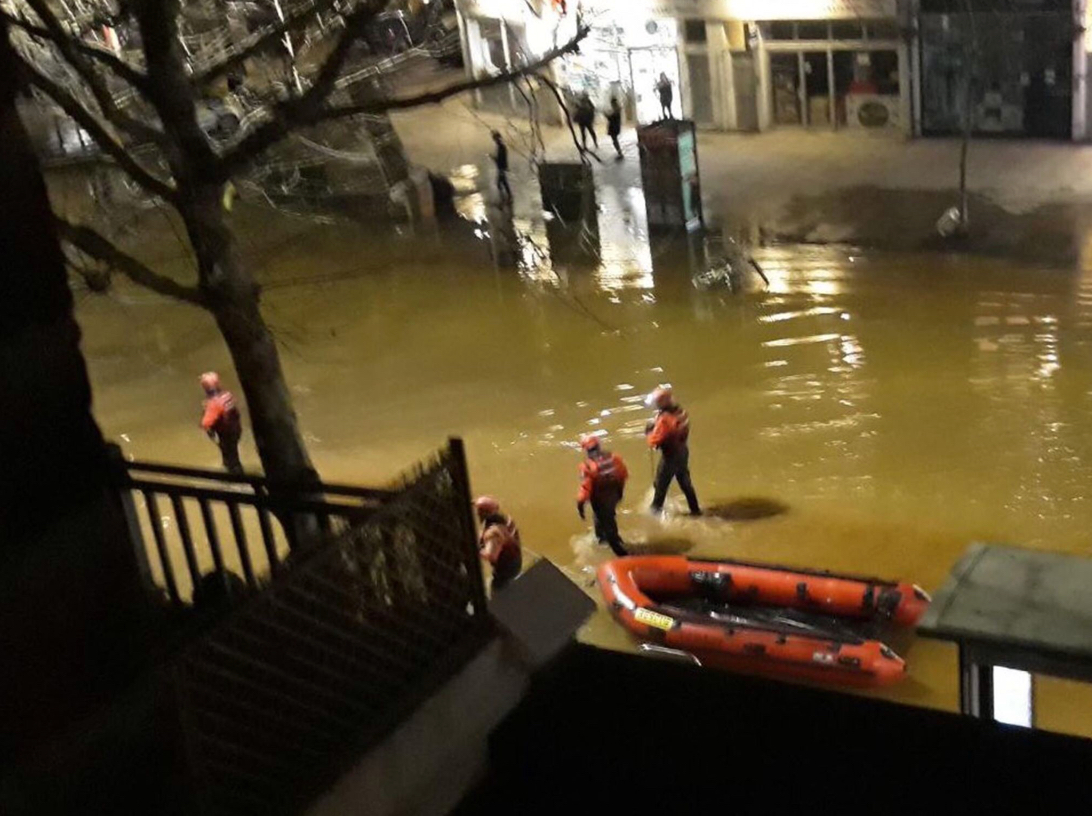 The flooding started around 20:15 local time on Friday night and the streets were clear by 01:35 this morning.

One diner asked police and firefighters to rescue him from the Pho District restaurant as the waters rose, saying they were “as cold as the North Pole”.

Water temperatures were at 2 Degrees Celsius.