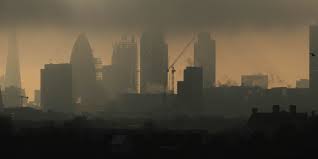 UK to ban petrol and diesel within next 22 years

New diesel and petrol cars and vans will be banned entirely from the UK by 2040 in a bid to tackle air pollution, the government is set to announce according to leaked internal memos sent to Al-Sahawat Times.

The UK, in particular London, has some of the worst toxic air pollution levels in the world, far above the international and European legal limits.

In the first quarter of 2016 London Mayor’s office revealed that 3’000 London premature deaths had been atributed to toxic air poisoning or related medical complications that year so far.

Ministers will also unveil a £255m fund to help councils tackle emissions from diesel vehicles, as part of a £3bn package of spending on air quality.

Campaigners said the measures were promising, but more detail was needed.

They had wanted government-funded and mandated clean air zones, with charges for the most-polluting vehicles to enter areas with high pollution, included in the plans.

After a protracted legal battle, the government was ordered by the courts to produce new plans to tackle illegal levels of harmful pollutant nitrogen dioxide. Not just by raising revenue through fines and taxation.

Judges agreed with environmental campaigners that previous plans were insufficient to meet EU pollution limits, which the UK is far beyond.

The government plan will not contain a vehicle scrappage scheme, although this will be reconsidered in the autumn.

And it won’t yet mandate councils to charge dirty vehicles to enter cities, unless they fail to solve pollution by other means – such as better public transport and restrictions barring diesel vehicles at peak times.

London is already trialling vehicle banns in central Zone one on Sundays apart from essential services.

Toxic pollution has been blamed for a 52% drop in male fertility compared to males under 30 in 1970 among western nations with London topping the list.

Toxic air is said to lower sperm count, increase impotence in males and cause a wide range of skin, resperatory and mental health issues.