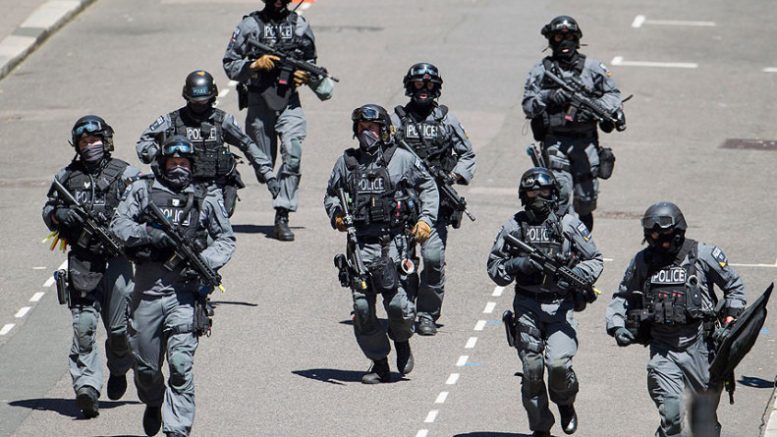 U.K. schools targeted by US terrorists

School threat: English and London schools on lockdown after being sent threatening emails warning children will be mowed down by cars.

Schools in London are among a number across the U.K. which have received threatening emails warning that children will be mowed down by a car today.

Scotland Yard confirmed on Wednesday afternoon that schools in London are affected, while those in Durham, Cambridgeshire, Devon and Cornwall, the West Midlands and Northumbria have also received the messages.

Police said the emails are being treated as a hoax but it is believed that most schools are keeping children locked down.

The email says that a car will drive into “as many students as possible” as they leave school at 15:15.

It adds: “If you try and evacuate them the driver will get out and shoot any student leaving. You have a choice here, you can ignore this email and risk the lives of the students you say you care for, or you can listen to what we are telling you. The only way out is to go out with a BANG.”

Concerned parent Kerri Chamberlain wrote on Twitter: “I’ve never really understood just how scary it is to get a message from your child’s school saying they are evacuating due to a safety threat. Emails to schools saying that they are going to harm children is NEVER EVER ok! Hoax or not it doesn’t matter!!!”

Another parent tweeted: “My son’s school is on lockdown. What kind of sick individual threatens to mow down kids as they are leaving school & shoot them if leave school early. I feel physically sick & I want my boy home safe. He’s 6 years old & shouldn’t be scared like this. What’s the world coming too!”

A spokesman for the Met Police said: “We have received a number of reports relating to malicious communications sent to schools across London on Wednesday, 28 March. These are currently being treated as hoaxes. There is no evidence to suggest that this is related in any way to religious groups.”

Cambridgeshire Police tweeted: “We are aware of a series of malicious communications to schools across the country this morning. Enquiries are being carried out to establish the facts and forces are working together, along with the National Crime Agency, to investigate who is responsible.”

Durham Police said in a statement: “We have received a number of calls from schools in our region reporting that they have been sent threatening emails. Police forces across the country are also believed to have reported similar incidents. The emails inform the school that they will be targeted in an attack later today. Enquiries are continuing to establish the facts and forces are working together to investigate the threat and who is responsible.”

It comes just days after more than 400 UK schools were emailed a bomb threat causing evacuations up and down the country.