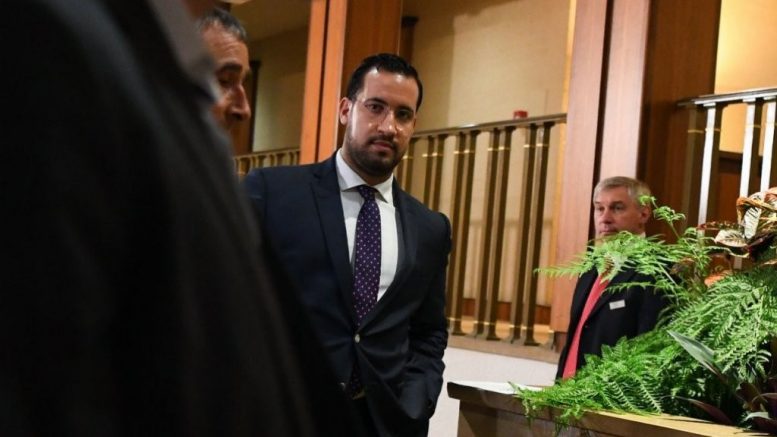 The prosecutor did not make clear in its statement who was targeted by the investigation. However, it said it had opened the probe at the request of the Senate, where lawmakers had suspicions about statements made under oath by Alexandre Benalla, Macron’s ex-security aide; Vincent Crase, a former staffer in Macron’s party; and Patrick Strzoda, Macron’s chief of staff.

The Senate had also flagged Alexis Kohler, the presidency’s top official, as well as Lionel Lavergne, the head of his security staff, to the prosecutor’s office for having “withheld information” from a parliamentary investigation.

A former bouncer, Benalla began working as a bodyguard for Macron during his election campaign in 2016 before being promoted to a senior security role in the presidential palace following Macron’s election in May 2017.

He was given leave by the presidency to attend a May Day protest in an observer capacity but he waded into the fray wearing a police helmet, grabbing a female demonstrator by the neck and hitting a male demonstrator.

The so-called “Benalla affair” was the first major scandal of Macron’s presidency.
Macron was accused of betraying his campaign promise of offering an “exemplary republic” after it emerged that he had known about Benalla’s actions and let him off with a mere two-week suspension.

The presidency also initially held off reporting Benalla to the authorities. He was only fired and placed under investigation after Le Monde newspaper broke the story in July 2018.

The affair has continued to make headlines in recent months. Revelations that Benalla continued to travel on his diplomatic passports, using them to travel to Africa for meetings with dignitaries including Chadian President Idriss Deby Itno, caused further outrage in December.

The presidency said it was not informed about Benalla’s Africa trip ahead of time and that it believed Benalla had obtained a forged diplomatic passport. But Benalla later admitted to using the genuine official documents for months after his dismissal.

A French Senate commission of inquiry found “major flaws” in the government’s handling of the affair and said it suspected Macron’s aides of trying to cover up some of the details.

The Senate recommended that Strzoda be investigated for perjury over his testimony to the commission and said it suspected Kohler and Lavergne had also withheld information.