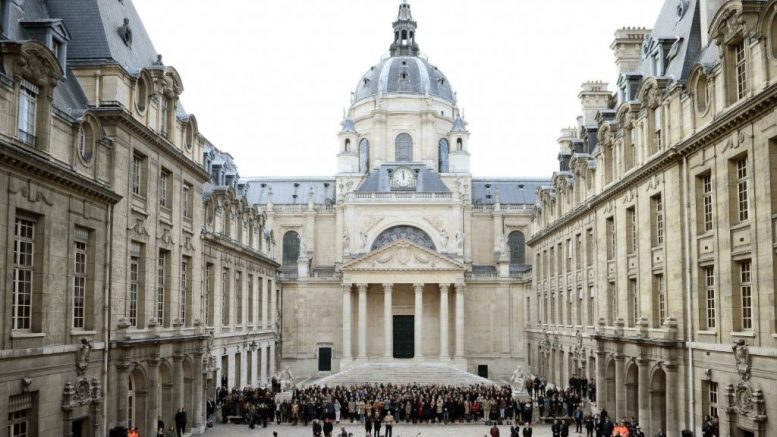 Protesters said actors had blacked up by wearing dark make-up when performing the play last year, during the university’s annual ancient Greek theatre festival. They pointed to a poster publicizing the event on the Sorbonne’s website, which has since been removed.

The Sorbonne, one of France’s most prestigious universities, argued that none of the actors would use blackface for this year’s staging, but would be wearing masks in keeping with the tradition of ancient Greek theatre.

The university, based in central Paris, denounced the blockage as “a very serious, totally unjustified attack on freedom of creation”, and French President Emmanuel Macron’s centrist government took its side.

Education Minister Jean-Michel Blanquer, speaking Thursday on France-Inter radio, expressed concern about growing racism in France, but criticized far-left groups for fueling the debate and “a certain violence in the name of anti-racism”.

The play’s director, Philippe Brunet, described the protests as “incomprehensible”, arguing that theatre is “a place of metamorphosis, not a refuge for identities”.

But in a statement posted on the website of the Representative Council of France’s Black Associations (CRAN), the group’s head Ghyslain Vedeux denounced a case of “colonial propaganda” at the Sorbonne.

“The vast majority of students of this establishment refuse to be associated with this Afrophobic, colonialist and racist propaganda,” Vedeux wrote.