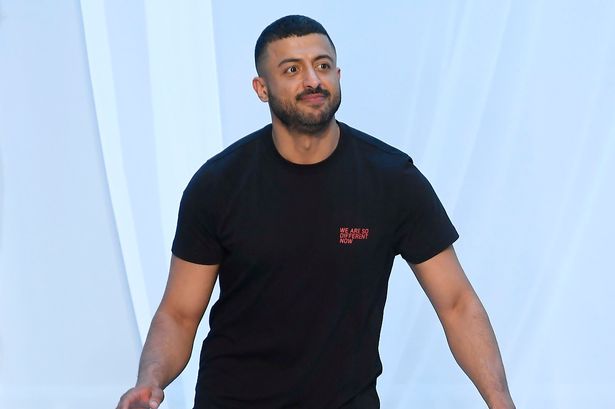 The son of a Middle-Eastern Sheikh has been found dead in London.

London’s Knightsbridge and Greenwich are very popular overseas residence for Sheikhs form the Middle-East with Bahrain, Qatar, Oman, Saudi Arabia, Kuwait and the UAE all having Sheikhs, Princes and businessmen claiming residence in the two districts of London.

A London coroner’s inquest heard that Al-Qasimi had consumed “recreational” amounts of cocaine and GHB with a man called Yohan Escobar, the hearing was told.

The exact nature of Escobar’s connection with the designer was not confirmed during the 90 minute hearing at Westminster Coroner’s Court today.

The inquest comes just two days after the son of a Sheikh of Oman’s son was murdered in Knightsbridge, London. (Read more…)

The United Arab Emirates Prince, owner of British-based fashion label Qasimi, was found dead on the morning of Monday July 1st by his cleaner Maria Kisaohanyan, the inquest heard.

His family, including his twin sister, were said to be heartbroken by the death of the fashion designer who was described as “on top of his career and on top of the world”.

“Khalid’s passing is still a shock to us all. We mourn the loss of a son, nephew and brother. Khalid had a unique vision, a commitment to causes, incredible taste and a beautiful soul. We take comfort that through his flourishing Qasimi label, Khalid’s brilliant, creative, compassionate spirit lives on.”

Al-Qasimi, referred to throughout the inquest as Khalid, was last seen on CCTV at his home the day before his death, according to security staff.

Cleaner Ms Kisaohanyan had let herself into the apartment with her key and found Mr Al Qasimi sitting upright on the floor by the corner of the sofa.

Ms Kisaohanyan initially thought he was sleeping, but when she touched his neck she realised something was wrong, the inquest heard.

She told the building manager: “Dial 999! He is dead. He is dead,” the hearing was told.

The inquest heard she was employed by Al-Qasimi for several years at his apartment where she worked five hours per day from Monday to Friday.

“She thought originally he seemed to be asleep.His mouth was open; his eyes were half open, but he was not snoring which she regarded as unusual because he usually snored. She thought he was going to wake up and she decided to check on him. She touched his neck because she was becoming worried and it was cold. It was clear to her that something was wrong and she phoned the manager of the building to say ‘Dial 999! He is dead. He is dead.'”

A security man was called to the apartment to help and paramedics also arrived, but “it was plain it was too late,” the court heard.

In her statement read to the court, Ms Kisaohanyan said: “He was full of life, on top of his career and on top of the world, very open-minded and very clever.”

Relatives of the Prince were not present at today’s hearing where the cause of his death was determined as “drug-related”.

He was found with more than 300mg of GHB in his bloodstream, according to a toxicology report by Dr Susan Patterson.

Det Sgt Adrian De Villiers, who investiged the death, said the last person to see Al-Qasimi alive was most likely a man named as Yohan Escobar.

Giving evidence, DS De Villiers told the inquest: “We were able to identify the person who had probably last seen him alive. That person was called Yohan Escobar.”

Escobar, who the inquest heard was never a suspect in Mr Al Qasimi’s death, told police he had seen him taking both GHB and cocaine and that he himself had done so as well, the inquest heard.

He said he thought Mr Al Qasimi was asleep when he left the flat on June 30 because he was snoring, and he was found dead in the same spot the following morning.

The Coroner referred to Escobar’s police statement which DS De Villiers confirmed to be true.

Mr Richmond said: “He said that the cocaine and GHB in particular had seemed strong. There came a time when Khalid appeared to be on the floor sleeping and the reason why he thought he was sleeping was because he was snoring. And because he was on the floor appearing to be sleeping, Yohan left the premises. There is no suggestion of anybody acting in a way to give or make Khalid take these drugs.”

Private GP Dr Sophia Khalique said that the fashion designer was a heavy smoker, but also exercised. She said he had problems with snoring which may have been related to his sleep apnea.

A post mortem report by Dr Michael Osborn confirmed the cause of death as “drug toxicity.”

Reaching his conclusion, the Coroner said: “I am satisfied that Khalid Al Qasimi, aged 39, met his death when he was in his flat sometime between when he was left by Yohan on June 30th at 9pm and when he was found by his cleaning lady the next day at 10 .05am.

“It is plain from what I heard there is no suggestion of any third party involvement or anything untowards being done by anybody else. It is quite clear from the detective I spoke with that the last person who saw him, Yohan, was spoken to and had explained they had been taking strong GHB and cocaine There was nothing else that would amount for his death and he was found in the same place as Yohan had left him.”

He added: “I am quite satisfied on the balance of probabilities that it was a drug- related death.”