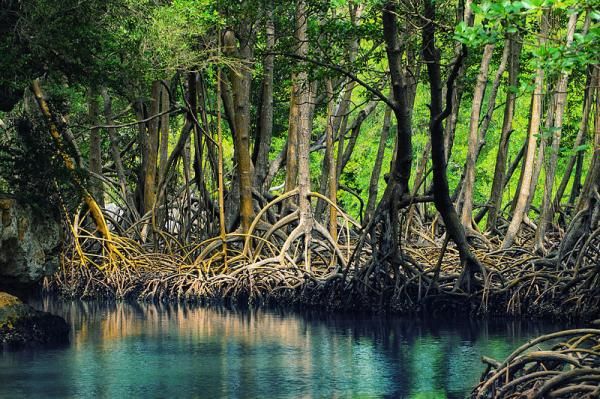 There has been now, since the turn of the 21st century a growing and widely accepted recognition of how trees communicate with each other. This discovery over the last two decades has revolutionised how we think about forests, jungles and woodlands.

Trees are not simply separate entities ruthlessly competing for resources with no form of sentience. But rather neighbourhoods and communities sharing resources to support each other in times of need.

New research has highlighted just how trees facing adverse conditions, stress and climate change form resource sharing networks – something even humans struggle to do efficiently. The full research is published in the journal Communications Biology.

This process allows, for example, trees in better locations to share resources with their neighbours in worse places. The research team, from the University of Glasgow in Scotland, examined root grafts among black mangrove trees in Mexico.

La Mancha Lagoon where the researchers focused on, in the Veracruz region of Mexico, is separated from the salty waters of the Gulf of Mexico by a sandbar which closes off a narrow inlet between the two bodies of water. Every spring, fresh water runoff eventually floods over the sandbar, allowing seawater from the Gulf floods into the lagoon.

The seawater adds salt to the freshwater lagoon, doubling or sometimes even tripling the salinity of the sediments during the dry season – lasting several months each year, in a cycle which makes it more difficult for the mangrove trees to consistently draw the water and nutrients they need to survive.

The research however found the the stress spurred the trees into community action, forming root grafts across groups of trees. These root grafts allowed the trees to spread their resources across the group to help keep each other alive, and to also physically hold onto one another, making the whole group more resilient to powerful tides, high winds and shallow and loose sentiment erosion. This type of root bonding has been capitalised on by humans for many years in costal erosion preventions around the world as well as to prevent land slides and flooding.

The research team said the study provides new insights into how forests around the world might adapt to the increasing environmental stresses of the climate crisis. Dr Alejandra Vovides, of the University of Glasgow’s school of geographical and earth sciences, said: “Mangrove trees make good candidates for mapping root grafts because their roots are shallow – you can reach into the sediment and follow them with your hands excavating locally.”

During unexpected flooding and improving equipment out of metal tubing and the type of sonar used for pregnancy scans the team managed to painstakingly trace the root graft networks across eight different 900-square-metre sites around the lagoon. In addition to tracing the connections between trees, they also measured each tree’s height and the diameter of their trunks, and the salinity levels of the water. It was found that over 75% of the tallest trees had root grafts, and that grafted trees were generally taller than non-grafted trees. Suggesting the larger and stronger trees where helping and supporting the weaker members of the community.

In the higher-stress environments of salty water, the trees were more likely to form root grafts with other trees, however they did this in smaller groups than those trees in less stressed environments. The researchers suggest that larger groups were less likely to form in higher-stress environments to ensure that the smaller group had sufficient resources to survive through their root graft network. In essence in more stable environments trees form a smaller number of communities but each community is larger, akin to humans forming a city as opposed to numerous villages.

Dr Vovides said: “Around 200 species of trees around the world are known to form root grafts, but the processes and circumstances under which the grafts happen are not well understood. The evidence we’ve collected strongly suggests that the more dominant mangrove trees do indeed provide resources to help smaller trees prosper, which challenges some of the established theories of evolutionary biology. It’s less about ‘survival of the fittest’ and more about the mutual gains of existing in a network.”

Dr Vovides added that the insights can also inform us about human interactions.

“One intriguing aspect of our findings is that they align with theoretical models of both natural system evolution and human societies on the cost benefits of cooperation. From those models, we’d expect to see small networks creating more stable gains than larger groups, and that’s just what we’ve seen here.” 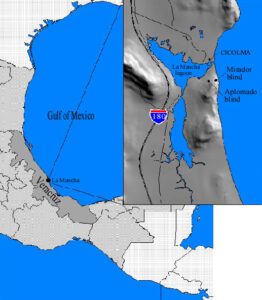