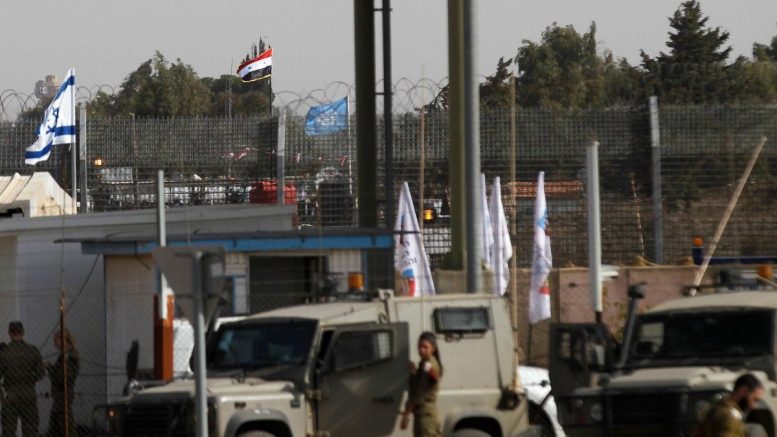 More than 200 Palestinian civilians were wounded last night (Friday night) at Al-Aqsa mosque during Taraweeh in the month of Ramadan. Al-Aqsa mosque is the third most holy site in Islam and sits in the east of Jerusalem. Taraweeh is a special prayer through out night that muslims pray during the month of Ramadan where food and water is not consumed from sunrise to sunset.

Tensions have been rising after Israel (Isra’il) announced it is to forcibly evict Palestinians from the Sheikh Jarrah region of Jerusalem in order to settle new Israeli homes.

Tens of thousands of worshippers had earlier packed Islam’s third-holiest site on the final Friday of Ramadan and many stayed on to protest against Israeli plans to evict Palestinian families from their homes on land claimed by Jewish settlers in the Sheikh Jarrah neighbourhood of East Jerusalem.

Palestinians have staged a series of sit-ins in the area in recent days denouncing Israeli orders for them to vacate their homes. Israeli security forces have attacked the sit-ins using skunk water, tear gas, rubber-coated bullets and shock grenades. Dozens of Palestinians have been arrested and many hundreds injured.

The UN’s rights office urged Israel to call off any forced evictions and warned its actions could amount to “war crimes”.

Transferring civilian populations into occupied territory is illegal under international law and “may amount to war crimes”, he added.

Qatar condemned the Israeli police’s “storming” of the Al-Aqsa Mosque compound and the “attack on worshippers”.

In a statement, the foreign ministry said it was a “provocation to the feelings of millions of Muslims around the world, and a severe violation of human rights and international accords”.

Qatar urged the international community to work to end “repeated Israeli aggression” against the Palestinians and Al-Aqsa.

Turkey also “strongly condemned” the Israeli forces’ “attacks” on Palestinian worshippers and called on the Israeli government “to put an end to this provocative and aggressive attitude”.

“Turkey will continue to support the just cause of the Palestinian people,” the foreign ministry said in a statement.

The European Union condemned violence at the compound and urged authorities to quickly calm tensions.

“Violence and incitement are unacceptable and the perpetrators on all sides must be held accountable,” a spokesman said in a statement. “The European Union calls on the authorities to act urgently to de-escalate the current tensions in Jerusalem.”

The statement added that “acts of incitement around the Temple Mount/Haram al-Sharif must be avoided and the status quo has to be respected”, using another term for the key religious site.

The United States said it was “deeply concerned” about the events and called on all sides to work to de-escalate them. It also expressed concern about the evictions.

“It’s critical to avoid unilateral steps that would exacerbate tensions or take us further away from peace. And that would include evictions, settlement activity, and home demolitions,” US State Department spokeswoman Jalina Porter told reporters in Washington.

“We reject Israel’s plans and measures to evict Palestinian homes in Jerusalem and to impose Israel’s sovereignty on them,” it said.

The foreign ministry of Iran called on the UN to condemn the bloody Israeli police action in the Al-Aqsa mosque compound, saying it amounted to a “war crime”.

“This war crime once again proved to the world the criminal nature of the illegitimate Zionist regime,” he said, adding that Iran called on “the United Nations and other related international institutions to act on their definite duty to confront this war crime”.

In a statement, the foreign ministry said: “The displacement of Palestinian families in the Sheikh Jarrah neighbourhood is a violation of resolutions of international legitimacy and the international humanitarian law.”

Kuwait’s Foreign Ministry also denounced the Israeli police’s actions at Al-Aqsa and held Israeli authorities responsible for any escalation and consequences that may follow the events that took place on Friday night.

Meanwhile, Egypt’s Al-Azhar University, the highest seat of Sunni Muslim learning, denounced the assault on worshippers and deemed it a “brutal Zionist terrorism in the light of shameful international silence”.

For its part, the International Union for Muslim Scholars (IUMS) “strongly” condemned the Israeli police’s actions.

In a statement, it hailed the Palestinians in Jerusalem for being “persistent in the face of repeated Israeli aggression against the al-Aqsa mosque and the people of Sheikh Jarrah”.

IUMS Secretary-General Ali Qaradaghi encouraged the Muslim world to support the Palestinian cause materially and morally, considering such support a religious duty and necessity.

Neighboruing Jordan, custodian of Islamic sites in Jerusalem, said “Israel’s continuation of its illegal practices and provocative steps” in the city is a “dangerous game”.

“Building and expanding settlements, confiscating lands, demolishing homes and deporting Palestinians from their homes are illegal practices that perpetuate the occupation and undermine the chances of achieving a just and comprehensive peace, which is a regional and international necessity,” Jordan’s Foreign Minister Ayman al-Safadi tweeted.