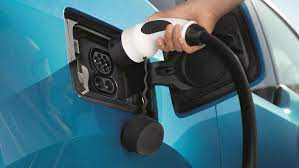 The UK government has faced questions and concerns regarding the strength of the island nation’s energy infrastructure.

Concerns over the cost of charging electrical vehicles for people unable to do so at home and the risk of blackouts due to overloading the national grid have been levelled at Boris Johnsons government.

Many urban and rural homes in the UK do not have parking facilities on their own premises relying instead on paid for on street parking. Charing facilities on public streets are facing a growing demand got lower their costs to fall in line with the cost of charging at home. The pricing gap disproportionately affecting those already most disadvantaged. Those who charge at home currently pay a lower charge plus lower tax with VAT set at 5%, yet those who are not able to charge at home pay a higher rate plus a higher tax with VAT charged at 20%.

The government also heard that electric cars could very realistically cause “blackouts” if drivers are not forced to charge them at night.

MPs have warned as they recommended VAT cuts to help motorists switch over. The UK has seen dramatic rises in domestic energy costs this week following sharp rises in the cost of public transport, parking and driving in London in an attempt to bail out the state owned debt ridden transport system TF.

MPs are now looking at plans to force or incentivise off-peak charging of electric vehicles.

The government has also been urged by MPs to prevent rural areas becoming ghost towns due to a lack of public charging points as the nation marches forward with plans to ban new petrol and diesel vehicles by 2030.

Huw Merriman MP, and the chairman of the transport committee, said: “Unless the National Grid gains more capacity, consumer behaviour will have to alter so that charging takes place when supply can meet the additional demand. The alternative will be blackouts in parts of the country.”

The government has previously been rather boastful about the ability to cope with increased demand over the coming years, arguing the improving sources of renewable energy will help meet the additional demand. However working from home during the COVID19 pandemic alone caused issues regarding electrical and data connections across the nation.

The company also argued that the development of smart charging – internet-connected electric car plugs that wait for off-peak times to charge the vehicle – would also help ease the strain on the grid.

Ministers are currently drawing up rules to mandate rules on how the public are permitted to charge their vehicles.