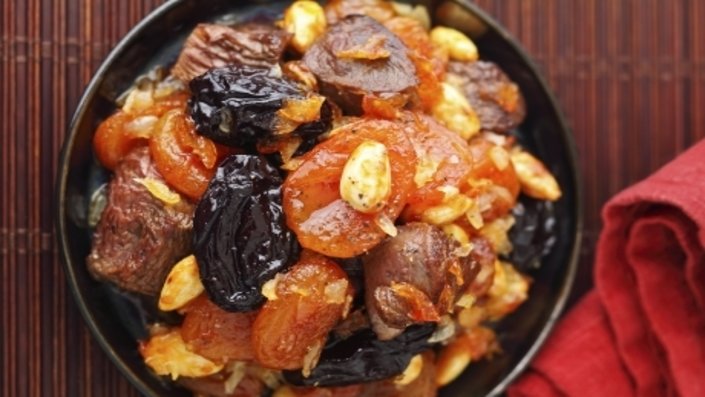 The world’s fourth most popular tourist destination has flown straight under the food radar, but why?

The world’s fourth most popular tourist destination only behind, Tokyo, Rome and NYC, Dubai in the UAE is a more than established hot sport for the seasoned traveller or businessman alike. Yet unlike it’s counterparts at the top of the list, Dubai’s booming food scene has largely flown under the international radar.

Yet with Michelin tipped to launch a specific guide to the Gulf emirate in the very near future, that could soon change. Michael Ellis, international director of Michelin Guides, told last year’s Global Restaurant Investment Forum in Dubai that it is “only a matter of time” before the first sought-after stars are awarded to restaurants in the city.

Few people think of the famously over-the-top city as a true gastronomic hub, surely it’s all gold leaf lattes and decadent buffet brunches? “I think there are a lot of misconceptions when it comes to Dubai” says Zoe Bowker, fine-dining food blogger and Official World’s 50 Best Restaurants Tastemaker.

“Dubai is a very young city, so we’re still catching up to the world’s cosmopolitan capitals. We’ve achieved so much as a city and grown at such a rapid pace, however, that I don’t think it will take too long until we have a scene to rival the world’s best gastronomic destinations. We’ve currently got two restaurants [Zuma Dubai and La Petite Maison] on the World’s Top 100 Restaurants list.”

Home to more than 200 nationalities, Dubai dishes up a veritable smorgasbord of international cuisine to suit all budgets. “Given our hugely diverse multicultural mix you can find anything, from amazingly affordable ethnic options right up to fine-dining in some of the world’s most recognisable landmarks,” says Bowker.

There is increasing competition among Dubai’s restaurants too, with an average of four new eateries opening every single day in the 184 year old desert city of 2.66 million people, according to figures from Dubai Municipality. “We have an absolutely huge number of restaurants, estimates range from 9’000 to 16’000 for our population of only 2.66 million residents.” adds Bowker. “It’s a competitive scene where everyone is trying to come up with the next big thing.”

Dubai has also slowly started to shift it’s reliance on celebrity chef imports and international restaurant chains. “We’re starting to see more chef-led establishments where it’s truly about their passion and inspiration, such as The Experience by Reif Othman and Carnival by Tresind. These restaurants are serving up creative food that competes on a global level.” says Bowker. “Chefs are also making an increased effort to source organic and local ingredients.”

Samantha Wood, founder of a UAE based restaurant review website agrees that Dubai’s restaurant scene is maturing, but says it still has a long way to go.

“I would like to see more high-end licensed establishments that are homegrown and serve modern interpretations of cuisine from the Arab world. That will really demonstrate a mature dining scene and one that is worthy of a Michelin Guide.” Wood says.

With Middle Eastern food playing second fiddle to European and East-Asian cuisine when it comes to recognition on the international stage, Yannick Alléno, a multi-star Michelin chef and chef patron at STAY by Yannick Alléno at Dubai’s One&Only The Palm hotel, believes it will take time for local cuisine to develop its own identity.

“Dubai has become the hub of the world. I think it will have an amazing development with its food like we had in Europe, especially in France. Of course, we start to feel the energy of what’s happening here [in Dubai] but I don’t know if we can feel the impact for centuries,” Alléno says.

Bowker believes Dubai still has some work to do, especially when it comes to service. “The best thing Michelin will bring is another way for our restaurants to benchmark themselves, both locally and internationally. That being said, there are definitely restaurants that I think would receive stars right now.” she says.

The main consensus would appear to be that Dubai’s food scene is exquisite, yet at the high end, too focused on trying to replicated European and East-Asian styles rather than standing out on it’s own as Middle-Easter food at it’s best.

There are many, many outstanding traditional and modern Middle-Eastern restaurants in Dubai, yet they seem to lack the attention from the European centric  food critiques and guides.

The AIA awards, internationally recognised as the most difficult cuisine award to achieve, however appears to be more accepting of Dubai. The AIAs give restaurants individual ratings of Bronze, Silver or Gold along with a city overall rating. Only one Gold, one Silver and one Bronze is ever given each year representing the top three establishments and cities in the world that year. For restaurants and cities failing to achieve a Bronze award standard, establishments and cities are given a star rating out of 5. Hakkasan restaurant in Mayfair London for example is a two Michelin Star restaurant yet failed for the past three years to achieve a Bronze AIA, instead being rated as a 4 AIA Star restaurant.

A spokesman for the AIAs told Al-Sahawat Times in the capital of the UAE, Abu Dhabi, that they believe Dubai, if it focuses on embracing it’s multiculturalism in the manner London has to establish excellence in world cuisine with a unique Dubai-twist then Dubai could see a city rating up in the Bronze, Silver, Gold categories in not so many years.