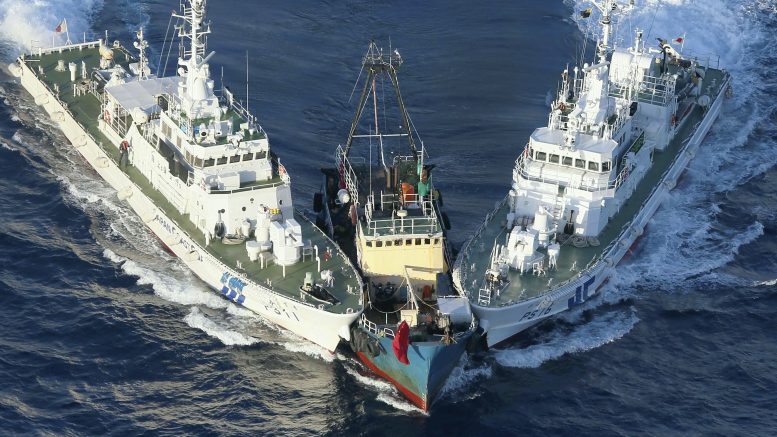 A Japanese island has been striped of anything made of metal

All metallic objects have vanished from a remote Japanese island where a group of North Korean fishermen took refuge after their boat hit rough seas,according to residents.

“Everything has gone. Everything. Including door hinges, door knobs, everything made of metal has gone,” said Shusaku Yoshida.

The 67-year-old is the caretaker of a shelter for local fishermen and said the facility’s lock had been broken and several items were missing.

“I was so surprised, I had to sit down,” he added.

Solar panels, an anime poster and blankets at the lighthouse on the island have also reportedly disappeared.

Japanese authorities are continuing to question nine of the 10 North Koreans first spotted last Thursday on board a rickety boat which was found drifting off the coast of Hokkaido island near the town of Matsumae.

The other is reportedly in hospital after complaining he had a stomach ache.

Some of the group have admitted “taking” some things from the small island, according to Japanese news agency Jiji Press.

Every year, scores of boats wash up on northern Japanese coasts. More than 60 have been discovered this year so far, including several ghost ships, containing skeletons of their crew.

It is thought their presence may be linked to a reported campaign by North Korea to send fishermen on longer journeys to satisfy government mandates for bigger catches amidst a nation wide food shortage.

It is unclear whether those on board intend to defect, or are simply unable to get back because of the poor condition of their boats.

Last week, eight decomposed bodies washed up on a Japanese beach in a small wooden ship believed to have come from North Korea. (Full Story…)